After our brief four days in Paris, we picked up our rental car there at the airport and prepared for our nearly three week road trip through France and Italy. Goal #1: Get out of Paris. This is much easier said than done. I think we made four loops around the airport before even getting on the highways, and then somehow ended up in an underground parking lot to a shopping center that we had to pay 4 euros to get out of before finally getting to some open road. Once bypassing Paris, it was smooth sailing to our first stop, the Loire Valley. 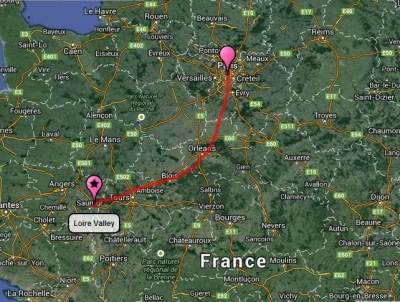 The drive south was beautiful and the landscape was spotted with massive fields of yellow flowers. I found out later that they are canola oil plants. Who knew they looked like that? 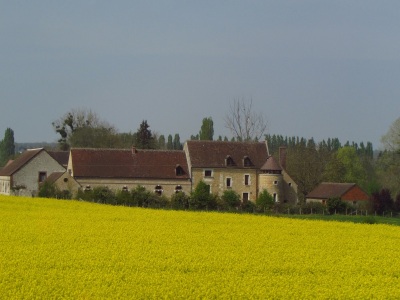 The Loire is an area of France known for castles. Like, castle castles. Big ones. Ones that have been around since, like, the 11th century. I still have a hard time wrapping my head around the sheer oldness (is oldness a word?) of some of the structures in Europe. We only had a day and 1/2 in this area so had to pick and choose which castles to see. We wanted to see three, but only made it to two: Chambord and Villandry. Chambord is impossibly huge and was Francois I’s  HUNTING LODGE. That’s right. Hunting lodge.  Villandry is known for its gardens and has quite a Beauty and the Beast facade. 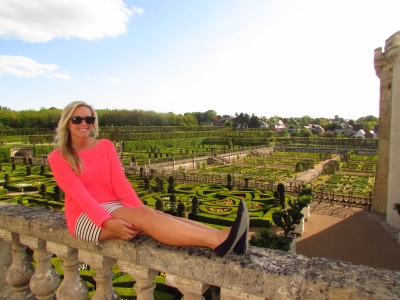 After leaving the Loire, we didn’t have any reservations for a hotel room until we reached Rome, so each day was freedom and stopping wherever and whenever we wanted. We had five days to make it to Rome before Easter weekend, but we were making a stop in Milan to see our friends Jared and Rachel (we met them in Japan many moons ago) and they were hitching a ride to Rome with us. Our next stop was Arles, a small town in the South of France.

I was desperate to see this place because it’s full of Van Gogh history. He spent a lot of time here painting. As a matter of fact, the biggest draw here for me was that he painted my favorite work of his, Cafe Terrace, right there in a square in the middle of town. The cafe he painted is still there and I wanted to see it!

See!?! I once again had watery eyes gazing upon something art related. Our GPS didn’t realize that some of the roads it was trying to take us on were put there long before cars were ever thought of, so they were hardly wider than a sidewalk. Arles is one of those towns (like most in Europe) that has been there for hundreds and hundreds of years and cars really have no business being down some of these streets. Yet, the GPS attempted to get us to the center.

We wandered around this little town for a while and I admired how European-y everything looks. I wanted to go down every single teensy alleyway and take pictures of the ancient windows and doors. 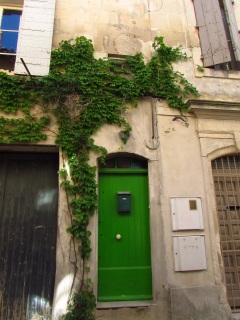 From Arles we drove on along the coast, where I got my first ever glimpse of the Mediterranean Sea. It’s so blue. The perfect cerulean, sapphire blue. We hit the major towns along the South like Marseilles, Cannes and Nice. I’ve always thought “the South of France” had a bit of glam to it, and I’m thinking that might be the case if you’re out on the water in a yacht, because from what I saw, it’s not very glamorous. Cannes, where celebrities flock in droves every year for the most famous film festival in the world, seemed a bit like the Myrtle Beach of France. Palm trees everywhere and just a hint of tackiness to everything. Sure I saw some luxury hotels and yachts but the aesthetics of this part of the country didn’t do much for me. But like I said, I bet it’s an entirely different experience from out on the water or even possibly up in the mountains that graze the coast. Between the big towns was beautiful, though. The Mediterranean area looks a bit like rocky desert meets tropical island. There are rocky hills and outcrops dotted with houses with red roofs and a little greenery here and there, all looking out over the sea. Despite not being as visually appealing a few hours north, it was a nice drive. 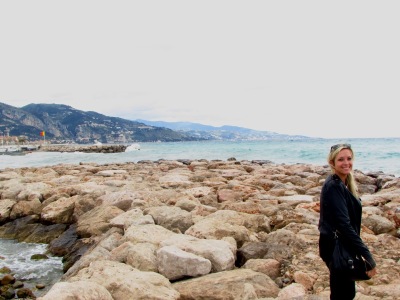 We spent the night in Nice and the next day drove into Monaco. Yes, Monaco is it’s own independent country, but it’s basically the size of Jane Lew. Monaco (capital Monte Carlo) is a playground for the rich. For a country so small, it is overflowing with wealth and affluence. Everywhere I look are $100,000 cars, upscale shopping and the marina has nothing but yachts floating in the water. We circled the entire country a few times (literally) looking for a place to park and walk around, but it turns out the Monte Carlo Rolex Masters tennis tournament was going on. I could actually hear the grunts from the players as we drove by the courts. Perhaps it was Rafael Nadal I heard. Al saw Novak Djokovic riding on his bike but was too afraid to say anything to him. (Don’t worry, I didn’t know who he was either. Apparently he’s the #1 tennis player in the world. Shurg.) He saw him and looked at me and was like, “That was Novak Djokovic!!!” and I’m all….who??? But he was super excited about it.

After spending a short while running around Monaco only in the car for lack of parking, we continued due east and with, seemingly no border control, crossed into Italy.